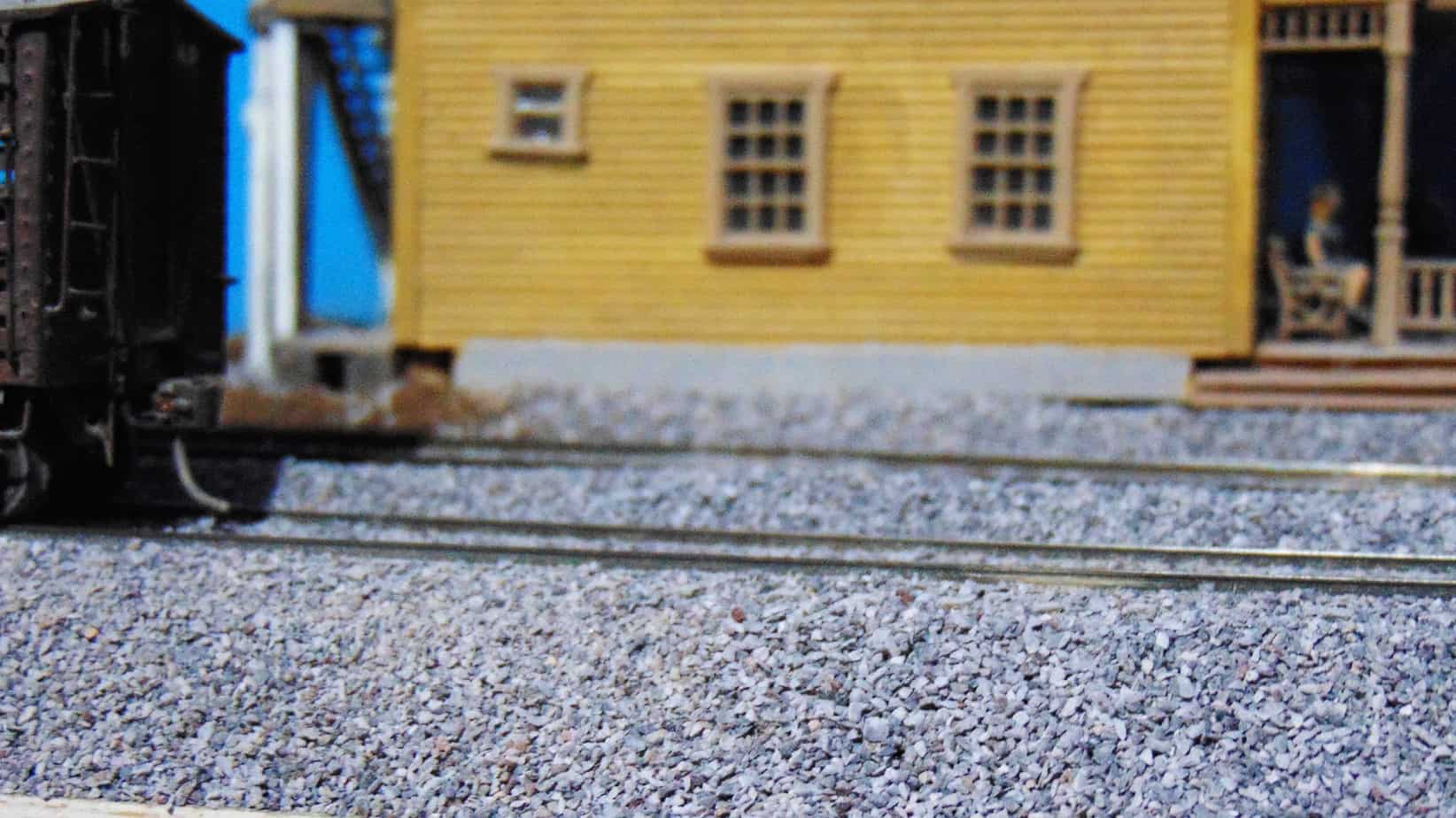 US
Ballast from Arizona Rock and Mineral Co.

We are building an HO layout in a 4,000 square foot building with almost 1,000 feet of mainline track and a total of over 3.500 feet of laid track. We have used four different colors of Arizona Rock and Mineral Ballast on all of the track. The product is far superior to any other ballast on the market. We have placed several orders over the years of building the layout and have found that each time we order the colors for the ballast will match the previous batch from several years before. I was hoping that the orders might be delivered a little quicker than my last, but the notice of 3 weeks delay was pretty much in line with the actual time. Thanks for producing a great product.

The Northern Pacific Railway (reporting mark NP) was a transcontinental railroad that operated across the northern tier of the western United States, from Minnesota to the Pacific Northwest. It was approved by Congress in 1864 and given nearly forty million acres (62,000 sq mi; 160,000 km2) of land grants, which it used to raise money in Europe for construction. Construction began in 1870 and the main line opened all the way from the Great Lakes to the Pacific when former President Ulysses S. Grant drove in the final “golden spike” in western Montana on September 8, 1883. The railroad had about 6,800 miles (10,900 km) of track and served a large area, including extensive trackage in the states of Idaho, Minnesota, Montana, North Dakota, Oregon, Washington, and Wisconsin. In addition, the NP had an international branch to Winnipeg, Manitoba, Canada. The main activities were shipping wheat and other farm products, cattle, timber, and minerals; bringing in consumer goods, transporting passengers; and selling land. The Northern Pacific was headquartered in Minnesota, first in Brainerd, then in Saint Paul. It had a tumultuous financial history; the NP merged with other lines in 1970 to form the Burlington Northern Railroad, which became BNSF Railway in 1996.

Congress chartered the Northern Pacific Railway Company on July 2, 1864 with the goals of connecting the Great Lakes with Puget Sound on the Pacific, opening vast new lands for farming, ranching, lumbering and mining, and linking Washington and Oregon to the rest of the country (Lubetkin, 2006). Congress granted the railroad a potential 60 million acres (243,000 km2) of land in exchange for building rail transportation to an undeveloped territory. It could not use all the land and in the end took just under 40 million acres (Carlos, 1996).

In search of a trademark, the Northern Pacific considered and rejected many designs. Edwin Harrison McHenry, the Chief Engineer, was struck with a geometric design, a Taijitu in the Korean flag he saw while visiting the Korean exhibit at the Chicago World’s Fair in 1893. The idea came to him that it was just the symbol for the long-sought-for trademark. With a slight modification, and rendered in red and black, the symbol became the railroad’s trademark. In 1876, photographer Frank Jay Haynes began contract work with the railroad for publicity photographs. In 1881 he met Charles Fee and through his 20-year friendship with Fee, Haynes became known as the “Official Photographer of the N.P.R.R”. His “Northern Pacific Views” photographically documented over the years, the routes, destinations, infrastructure and equipment of the railroad.